Just 12 more days to go until the end of the early bird discount. Please do make your payment asap. Much appreciated if you could also encourage your fellow pilots in clubs, schools, and other social circles to get their registration and payment done asap.

Stay safe and see you soon
Willie, Anton and the rest of the crew.

Barberton Paragliding Nationals will be held over seven days between 25 April 2021 and 01 May 2021 with no rest days.  The 24 April 2021 will be a practice day and normal fees and indemnities apply.  Barberton is South Africa's premier winter flying site, as Porterville in the Western Cape is to the free-flying community for summer flying.  Also, several South Africa paragliding Nationals have been held in Barberton.

Barberton the ideal place for beginners to travel on their first XC glides but also for hard racing and very technical decision making.

For those new to the sport of paragliding in South Africa, Andrew Smith is a name that is synonomous with our sport.  An internationally renowned pilot of great repute and inspiration to many pilots over three decades or more, Andrew touched many lives in his tireless passion for free flight.  He is one who pioneered all aspects of paragliding in South Africa, from administration to coaching, mentorship, epic cross-country, and the highest level of competition.  It was Andrew's desire for years to compete in Barberton during April which was his birthday month and a month he believed would work really well for a paragliding competition out here.  We believe there can be no greater tribute to Andrew other than to grant this wish in celebration of his life.

1.1.    The Championships are open to all Member and Associated Member countries of the FAI who may enter any number of competitors not exceeding 50.

On arrival, all pilots shall report to the Registration Office to have their documents checked and to receive supplementary regulations and information. The end of the official Registration period is considered to be the official start of the championship. The following are required:

There will be no official rest days.

Pilots are invited to first settle any disputes with fellow pilots before lodging a complaint.

Should the dispute not be settled, a complaint may be made to the Meet Director or his deputy, by any pilot, in writing, to request a correction. It should be made with the minimum delay and it will be dealt with expeditiously.

If the complainant is not satisfied with the outcome the pilot may make a protest in writing to the Meet Director or his deputy.

The time limit for protests is 4 hours after the publication of the provisional task results or the results of the complaint, except that after the last contest task it is 1 hour.  The protest fee is R500.  It will be returned if the protest is upheld.

A competitor will be allowed a second re-launch to attempt the task within the stated take-off period.  A failed take-off attempt or safety problem arising immediately after take-off which results in a landing will not count as one of the permitted number of take-off attempts.  However, the pilot's take-off time will be taken from the time of the first take-off attempt if a ground start is specified.  A re-launch pilot will not take priority over other pilots who have not yet launched at all.  All pilots wishing to use the retake-off must land in the official “Turkey patch”.  The official transport will leave “turkey” 45 minutes before the close of the window.

Times of the window open for take-off and times for the closing of the window, turn points and last landing will be displayed on the Taskboard on take-off.  Any window extension policy will also be displayed on the Taskboard.  The minimum period of time that the launch window will remain open for the day to be considered valid is 1 minute per pilot.  Launch Window Extension Time will be announced at the task briefing and may only be used when the launch has been closed for safety reasons.

NB. Due to space limitations the full set of rules could not be published on this page
PLEASE VIEW THE FULL SET OF RULES HERE

Barberton is outside of controlled airspace.

Barberton is a town in the Mpumalanga province of South Africa, which has its origin in the 1880s gold rush in the region.  It is situated in the De Kaap Valley and is fringed by the Makhonjwa Mountains.  It is 43 km south of Nelspruit and 360 km to the east of Johannesburg.  The mountains around Barberton are amongst the oldest in the world dating back 3.5 Billion years, and these mountains include some of the oldest exposed rocks on the planet.  These volcanic rocks, which scientists call the Barberton Greenstone Belt, have given up direct evidence of conditions of life on the surface of the very early earth.
The site is used exclusively for winter flying, where thermal strengths can vary from less than 1m/s to approximate 5m/s, with an average around 2-3m/s.  The flying day usually starts around 12pm, although flying from 10am is not uncommon.  This is a summer rainfall region, so rain is not anticipated, with temperatures varying from around 10 degrees C in the mornings to 28 degrees C in early afternoon.
The site has been used for more than 30-years, initially by hanggliders, but since 1991, predominantly by the paragliding fraternity.  During the last couple of years, the site has delivered an average of 5 successful task per competition, with the other days often flyable, but not "taskable".  The best flying takes place between about 12:30 am and 3:30 pm, with tasks usually set to start at about 1.pm.  Task distances usually varying from 40 to 60km.  While the site does not hold any South African records, flights of more than 100km have taken place to the west.
The site takes a northerly and northeastly wind, with take-off a trigger on the mountain.  Cold fronts brings southerly wind and makes take-off impossible.
Berg winds from the west are usually our only concern, although these are forecast beforehand.
Post frontal days usually result in the base lifting to greater than 3000m ASL, i.e.,.more than 2000 m above the valley floor.

Winds NE and NW. Access to the site is via a gravel road, and transport to take-off will be provided by 10-seater busses.  Take-off comprises a grassy knoll, with the ability to layout up to eight gliders, depending on the wind direction.  Top landing is possible for experienced pilots but is not recommended for low air-time pilots.

Only a limited number of private vehicles will be given access to the mounting owing to constraints imposed on us by the land owner.

How to get here

Barberton is located in Mpumalanga province of South Africa about 360 km to the East from Johannesburg. HQ office is located in Golf Course clubhouse in Barberton.

The town of Nelspruit, some 50 km to the north of Barberton, has an international airport with car hire facilities. If you need a transfer please ask the organizers for a shuttle.

It takes about 45 min to fly by local carrier to Nelspruit from Johannesburg (OR TamboInternational Airport) . There are 4-7 flights a day.

It takes about 4 hours to get to Barberton from Johannesburg via N12 and N4 highway.

You can also rent a car in the airport of Nelspruit. It takes 40 min (about 50 km) to get to Barberton from Nelspruit airport by car via R40 highway.

If you have any questions about the place or need a wider list of accommodations please visit the town’s website http://www.barberton.co.za 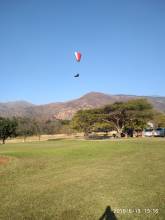 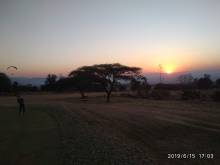 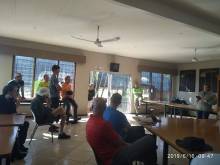 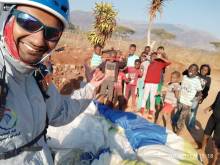 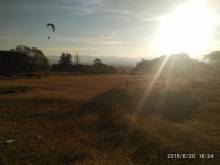 The Championships are open to all Members and Associated Member countries of the FAI who may enter any number of competitors not exceeding 120.

The following documents shall be presented during the registration:

Tandem Pilots : If helping to fly Barberton guests -- Will be compensated

Registration closes 25 April 2021.  No Late entries will be accepted.

Payments can be made to:

21:00  Deadline for uploading of backup and fixing of problems (Organisers must be informed)

09:00 Task committee set the task at the Clubhouse

21:00  Deadline for uploading of backup and fixing of problems (Organisers must be informed)

Window open and close times are subject to change at task briefing.

Prizes/trophies will be awarded for first, second and third places: overall, ladies, performance, sport, intermediate, novice, and tandem (if entered). The fund will include a trophy and sponsored paraphernalia.