2018-05-03 08:23
Read the full Post
Comments written by Lex Robe - copied an translated from http://www.paragleiter.org by Manfred
The forecast for day 2 of the austrian championship displayed another increase of wind speed compared to day 1. Therefore the organiser PGC Steiermark chose to change takeoff to Gelderkogel in the north of Schöckl, where is normaly less wind. In the north of the Passailer Becken there should be an area less exposed to the wind as on the Schöckl directly in front.
The task-setter designed an task on the north ridge of the Passeiler Becken, whick should be flyable even with stronger wind.
The first wind-dummy was sent into the air arond midday, but could not find even one thermal and landed straight in front of takeoff. Additionaly there was a significant side-wind compononent.
This ment waiting again and a lot of pilots took the chance to have a drink and some local food from the farmer near by. The next breefing was done only with information from the ground, as no wind dummy could be found. The conditions did not look good - so the task was canceld with heavy heart..

2018-05-02 07:54
Read the full Post
Comments written by Lex Robe - copied an translated from http://www.paragleiter.org by Manfred 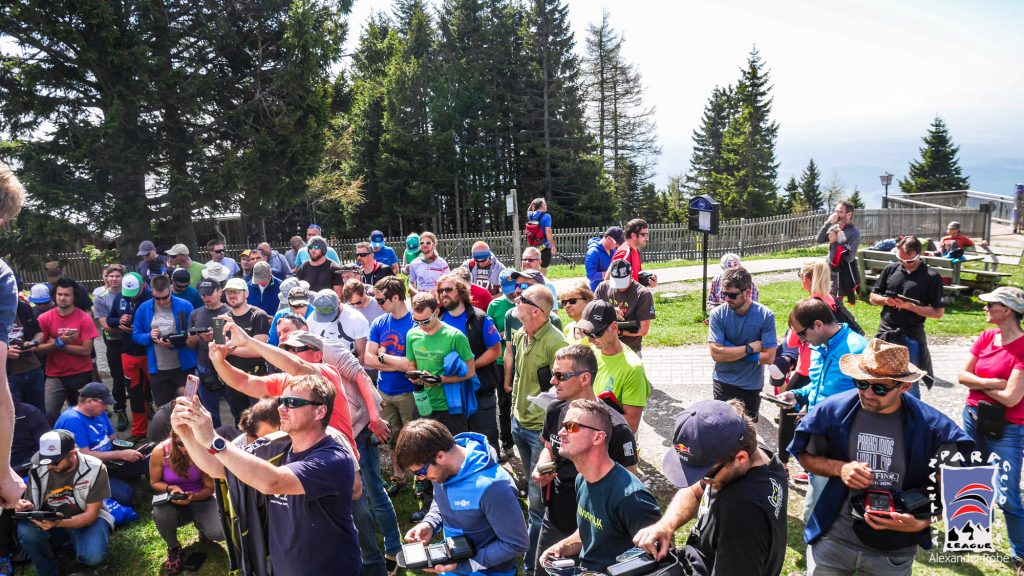 First day is done !
92 pilots from 7 nations were sent on a circular track of 44km around the Passailer Becken. Despite the forecast of strong wind, the "tour de Passail" was nice flying. 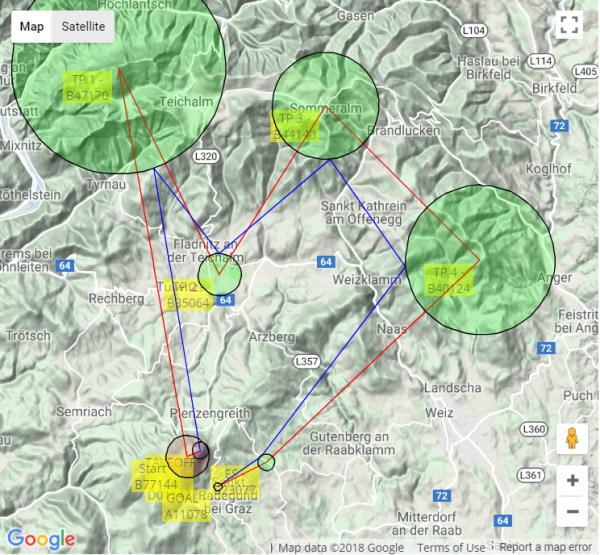 The first leg from Schöckl flying downwind in north direction towards Teichalm was easy. The further flight on the course leaded south onto Weizklamm and was driven by southerly wind. Especially the area around Weizklamm was exponated to the strong wind and awaited the pilots with unreliably thermals, which made it very difficult for the pilots to fly back to Schöckl with enough height. In this area unfortunately we had a kind of "graveyard" for a lot of pilots. Only 38 of the 92 startet pilots made goal. 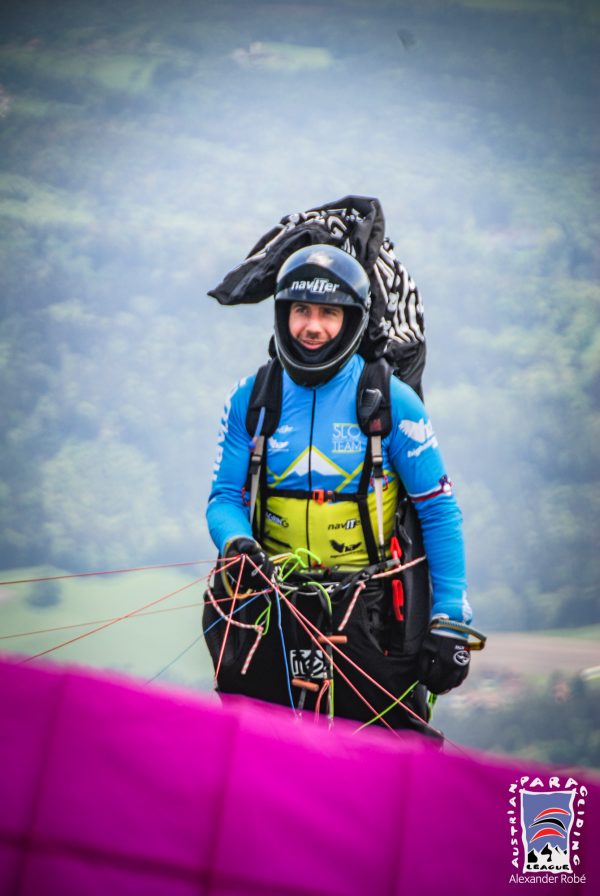 Winner is Jost Napret from Slovenia, who set the speed together with his slovenian team mates just from the beginning of the task. After a nice low save he found a good lee-thermal on the north (!) - east of Weizklamm, which grantet him the ticket flying back to Schöckl.

More than 400! pictures can be found here on google

On the austrian side, Stefan Brandlehner kept the honors for the austrians on their own playground. He finished 3rd.

The forecast for the next days is even more wind, but the organisers are chilled - "we are used to fly with wind and have a reserve take off even for strong winds" - says competition director Andreas Pölzer
.