The Zillertal Battle is a new PG format, where every thermal pilot can compete with the best pilots in the scene with identical material. The new competition format will be very similar as known, but with some changes.

The biggest difference is, that only max. EN-B glides can be used. The route to be completed is of course weather dependent, but the task will be designed, that most of the route can be seen from the landing area Bruggerstube.

Also the task length will be designed, that hobby pilots can handle it. The number of pilots is limited to max. 80 pilots and the entry fee a little higher than usual. Therefore, we have prize money!

The competition will be organized by the flying club Golden Eagles - Alpine Gliders Zillertal in the name of the Austrian Aero Club .

Competition rules:
The competition is conducted in accordance with the "Sporting-Code" and the Austrian Competition Rules.
Eligibility Requirements
Only pilots are allowed to participate with a valid pilot license (B-Licence or other international approved licence) as well as a rescue insurance. The glider must be accredited and you need to be insured against third-party risks. Only gliders of maximum category EN-B are allowed. Helmet, reserve parachute and back protector are responsibility. The anti-doping regulations must be observed!
Accountability:
The organizer and the landowner / operator of the launch and landing areas are not liable to the pilot or others. The competition, transfer, retrieval and social program are at your own risk.
Documentation and analysis:
Flight documentation only with GPS
Protest:
Free objection no later than 30 minutes after the posting of provisional results lists.
Protests, only in writing form, not later than 30 minutes after release of the intermediate or final result to the event director. Protest fee € 36,-. Protest to the ONF € 73,- (fees according to competition rules)
Postponement / Program change of the competition:
The decision to run or cancel the competition will be announced on Friday 9th of August at 14:00 on our website, Facebook-Page and Facebook-Event, as well as under the phone number
+43 (0) 699 16922317 (Christoph Müller),
+43 (0) 664 9347542 (Leonhard Dornauer)
Postponement of the competition:
Should it be necessary to cancel the date due to the weather, the competition will be postponed to the alternative date 24.-25. August 2019. New deadlines regarding registration, cancellation, payment period, execution ... will be announced in good time.

How to get here 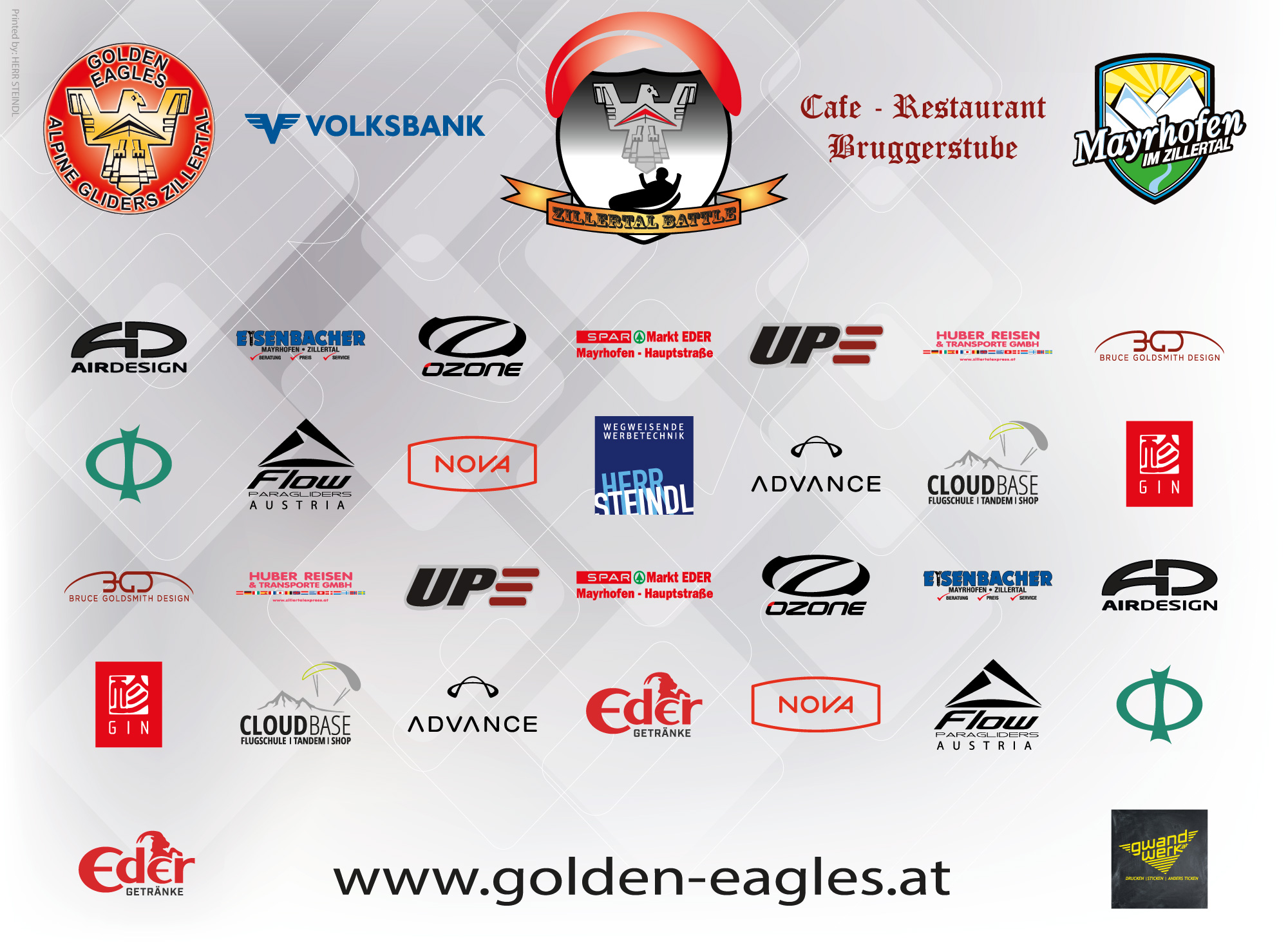